Summer Place won the Best Showroom Award for 2015 and 2016 through Earnshaws Magazine. This was a tremendous honor since it was voted on by the entire childrenswear industry.

Summer Place won the Best of Floor Award for Visual Merchandising at the January 2015 Atlanta Gift Show at AmericasMart. 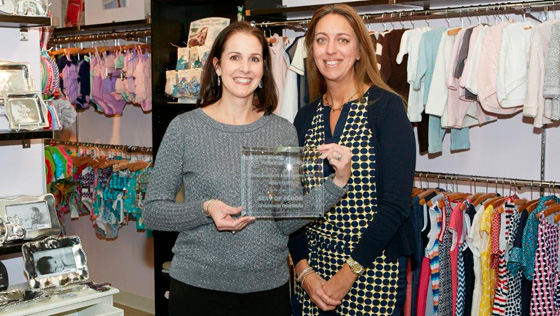 Summer Place was interviewed by “It’s a KidsWorld” magazine right after the showroom expansion in June 2013. 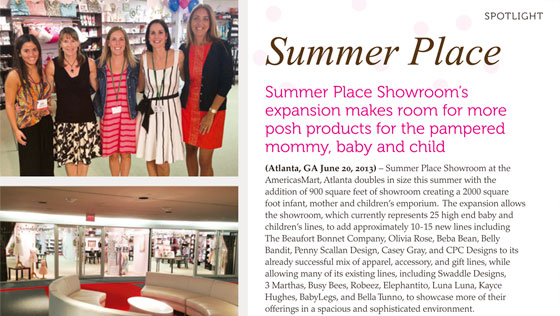 In 2006, Brittany was interviewed as part of the gift show lineup airing on the HGTV network. This was an exciting time for Summer Place, and expansion efforts soon began after this segment aired. Today, the business still looks and feels much the same, but with an expanded lineup of collections and products.